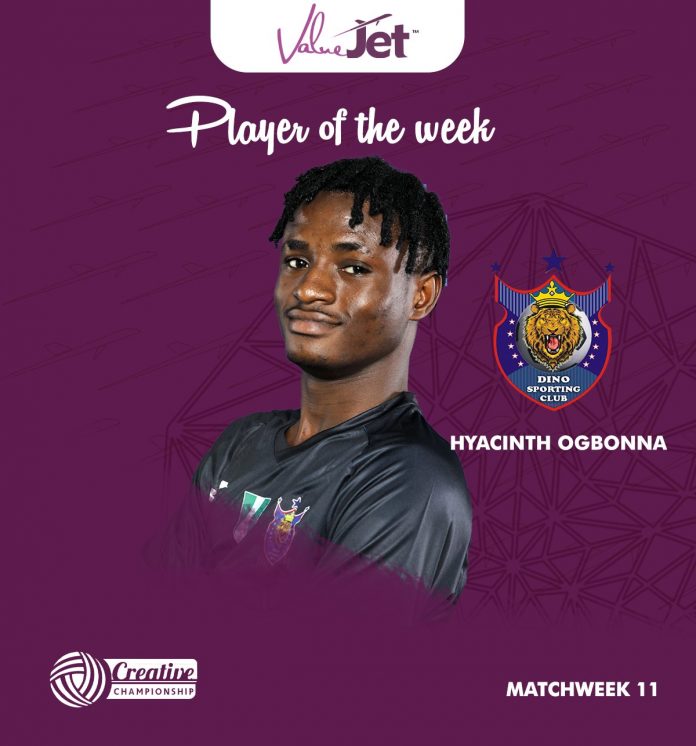 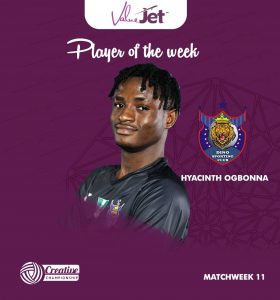 Following his impressive form this season, Dino Sporting Club striker Ogonna Hyacinth has been recognized for his effort and contributions.

On Monday, the forward picked up another two accolades and was also rewarded with a place in the TCC League week 11 team of the week.

Ogonna’s superb goal against Valiant FC was picked as the best goal in the whole of week 11 fixtures.

Recalled Hyacinth Ogonna-inspired Dino SC to a 4-2 win over Valiant FC in the final game of match week 11 in the Creative Championship.

The striker scored three of the four goals as Dino move up to sixth with the win, before drawing Gbadaga FC and losing to Beyond Limits.

The young forward was also selected as the winner of TCC Player of the Week 11, with Coach Godwin Gibson winning the coach accolade.

Ogonna Hyacinth remain the shining light in the season that will go down as most difficult campaign for Dino SC in the history of championship.