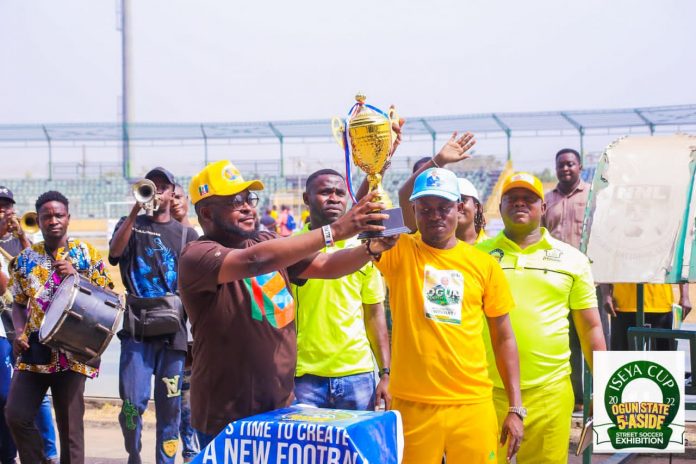 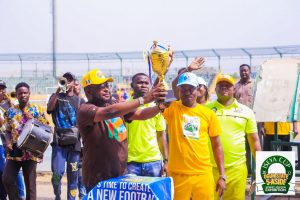 The Ogun State governor Prince Dapo Abiodun made this known in ABEOKUTA on Saturday during the commencement of the ISEYA five aside street football tournament.

Represented by the Special Assistant on Information, Mr. Dennis Ogunnaike, Governor Abiodun made it known that the competition is another way of engaging the youth and keeping them active and busy.

He said sports will continue to be a veritable tool in discouraging social vices and make Ogun State youths very useful.

He lauded the Ministry of Youth and Sports for utilizing the MKO Abiola Stadium, Abeokuta which is currently undergoing thorough refurbishment.

The ISEYA CUP is specially designed to promote street football through a private partner I House initiative, the Ogun State ministry of youth and sports under the Supervision of Dr. Kehinde Oluwadare and the Ogun State Football Association which is headed by Alhaji Ganiyu Majekodunmi.

The Special Assistant to the Governor on Youth and Sports, Mr. Lamide Lawal was also in attendance.