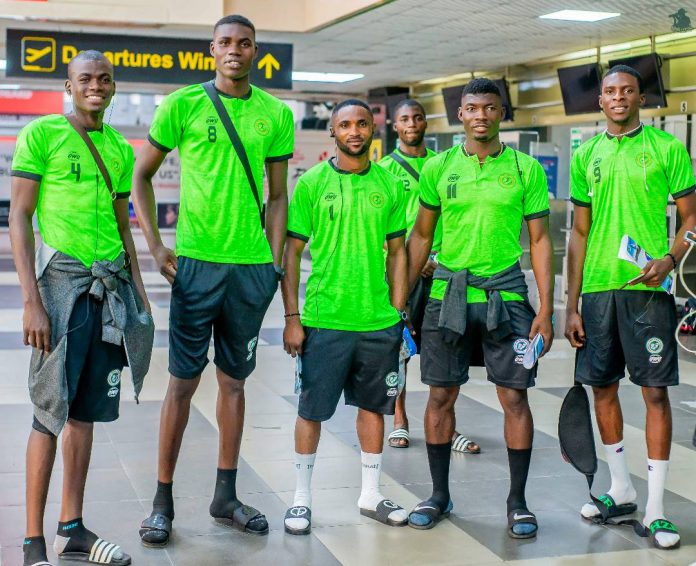 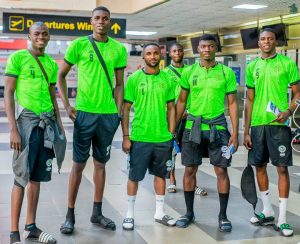 Nigeria’s Under 18 and 20 Male handball teams, Friday, jetted out of the country for the IHF Trophy Continental Championship which will hold in Congo Brazzaville from January 16th to the 20th , 2023.

The teams have been training in Lagos for over two weeks for the competition under the watchful eyes of their Coaches Emeka Nnamani and Fidelis Obi.

The teams qualified for the continental championship after winning both the under 18 and 20 categories of the IHF Challenge Trophy for Africa Zone 3 in Abidjan, Ivory Coast.

The head of Nigeria delegation is the technical representative of the Handball Federation of Nigeria (HFN) Coach Bala Mohammed and Secretary General Mr. Lambu.

Coaches Emeka Nnamani and Coach Fidelis Obi of the under under 18 and 20 teams respectively, were confident that Nigeria will do better in continental championship than they did in the IHF Africa Zone tournament in Ivory Coast.

Nigeria will play a round robin in both categories with the National Under 18 team beginning their campaign against Burundi at 11am while the under 20 team will square it out against Guinea in the first match of the day at 9am.