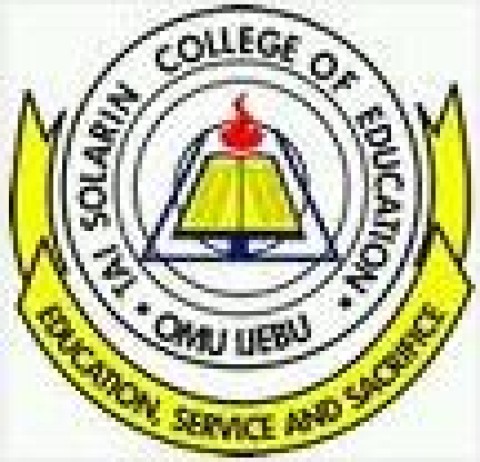 Speaking at the formal unveiling of the new name of the institution at the Awujale Palace in ijebu-ode, governor abiodun explained that the school was formerly in comatose as a result of crisis that plaqued the college for many years ranging from non-payment of salaries, deplorable condition of school environment, misunderstanding between students and academic staff and others which he said was later put to rest by the current administration through the setting up of a visitation panel headed by the current chairman, governing council of moshood abiola Polytechnic, MAPOLY, professor kamaldeen balogun that proferred solutions to the myriad of challenges militating against the school

While assuring that the state government would continue to work towards the advancement of education sector across the state, mr governor said the college was upgraded to a college of education, science and technology to provide man power development and skill acquisition for the people of the state

Earlier in a welcome remark, the chairman governing council of the college, Prince Adeyemi adefulu who thanked the governor for his support to the school said the college has secured full accreditation for all its twenty-six national colleges of education, NCE, programs stressing that the college has also achieved additional great feat by securing accreditation with the national University commission, NUC, to run anorher eight degree courses with olabisi onabanjo University, OOU bringing to a total of fifteen courses now offer by the institution

In his acceptance speech, the awujale and paramount ruler of ijebuland, oba sikiru adetona lauded the governor for the honour calling on sons and daughters of ijebuland to join hands with him to elevate the standard of the citadel of learning