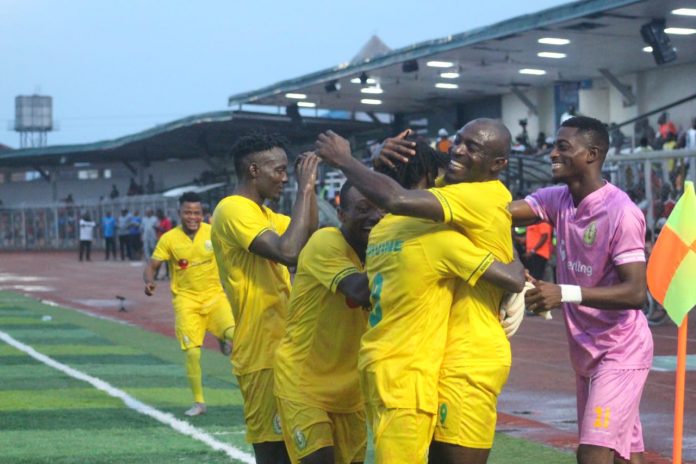 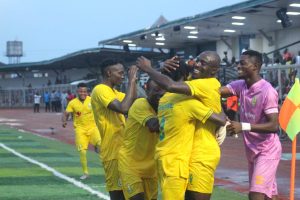 Unbeaten Bendel Insurance defeated Doma United in a pulsating encounter to emerge as champions of the Nigeria National League 2022 season.

The team who have already gained promotion to the Nigeria Professional Football League with 49 points, 9 ahead of closest opponents, Gateway United in group B1 arrived in Bayelsa with brewed confidence and they were never disappointed to emerge as undeterred champions.

Bendel Insurance took the lead in the first half courtesy of Austin Ogunye’s header from Julius Emiloju’s fascinating cross in the 38th minute of the game.

The Benin Arsenal were equalled in the second half after a miscommunication in the 18-yard box.

Being the favourites going into the final match of the tournament having beaten the host, Bayelsa United 1-0 and drew El-Kanemi Warriors 1-1 in the first and second matches retrospectively continued pressing their opponents harder and had a series of chances to get back into the lead.

Coach Monday Odigie tweaked his formation to scatter the defensive plan of a stubborn Doma United when he threw in Ebenezer Odeyemi into the fray of things – the energetic defender turned out to be a thorn in the flesh of the Savanna Tigers’ defence with constant runs and full attacks in the final third.

Divine Nwachukwu picked up a felicitous pass from Maurice Prince in the opponents’ half, sped through the left wing like a locomotive engine and crossed into the box to connect an advancing Ebenezer up – the strong forward didn’t miss his target as his fine jab went in straight to the back of the net to send the Benin Arsenal and supporters into a wild jubilation.

Insurance kept the lead with further attacks on their opponents to get security until the centre referee signalled the end of proceedings.