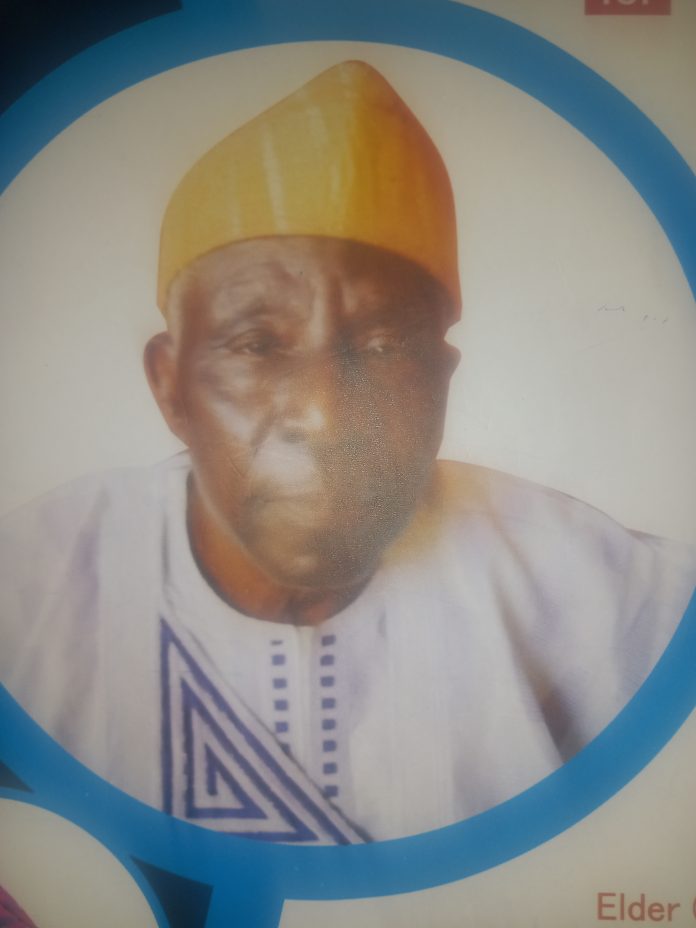 The Ogun state Governor, Prince Dapo Abiodun has described late Chief Sikiru Akangbe Ayilara as a thorough, truthful and an upright man who fought for the right of the old citizens particularly retired local government workers.
Governor Dapo Abiodun said this at the funeral service held  on Saturday at the Living Faith Church,Winners Chapel, Ibogun road,Ifo for Chief Sikiru Akangbe Ayilara.
Represented by the Secretary to the state government, Mr Tokunbo Talabi, Governor Abiodun said Chief Ayilara made sure his impact was felt as the Chairman of the state chapter of the Local  Pensioners Association of Nigeria.
While urging the members  of the Ogun state chapter of the Local Government Pensioners Association of Nigeria to take solace in the fact that Chief Ayilara lived an impactful life, the Governor prayed that God will give the retired citizens another leadership like the kind the deceased provided.
Present at the funeral service were the speaker of the Ogun state House of Assembly, Right Honourable Olakunle Oluomo, Commissioner for Local Government and Chieftaincy Affairs, Hon. Ganiyu Hamzat, his counterparts in the Ministry of women affairs and social development,Hon. Adijat Olafapo-Adeleye, community development and cooperatives, Hon Abayomi Hunye, and body of permanent secretaries.
Meanwhile people have been reminded to be conscious of the fact that there is an end to the existence of every living being here on earth.
To this end, they have been charged to live right at all times in order to spend their eternity with God, as no one knows when death will come.
The Resident Pastor, Living Faith Church, Ibogun Road, Ifo, Pastor Israel Okeowo gave the charge in the sermon at the funeral service for Chief Sikiru Akangbe Ayilara held on Saturday.
Pastor Okeowo notes that death is not the end itself but a beginning of another life , urging people to ensure they make impact in the lives of those around them and others whom they come across.
He described Late Chief Ayilara as a generous man who never regarded as anything too important to give out in his service to God and humanity, asking people to emulate the good virtues.
In the same vein, people have been advised to impact in the lives of people around them and make their impact felt wherever they are in order to be remembered for good.
The Residential Pastor of Living Faith Church,Winner Chapel, Ibogun Road, Ifo, Pastor Israel Okeowo gave the advice  on  Sunday during the thanksgiving service for the funeral of Chief Sikiru Ayilara held at the church this Sunday.
The clergy while eulogising Chief Ayilara said he contributed immensely to the development of the church as well as influence the lives of people around him positively urging people  to emulate his sterling virtues.
Speaking on behalf of the family, the eldest son of Chief Ayilara who is also a deputy Commissioner of Police, DCP Olukayode Ayilara described his late father as a disciplinarian, very caring, humble  and a prayer warrior.
Earlier, In his remark, the Olu of Ifoland Oba Samuel Oladipupo represented by the Lukotun of Ifoland land Chief Omotola Adebowale described the deceased as an epitome of excellence, a teacher and administration per excellence who was very furtunate to excel in his choosen area of endeavour