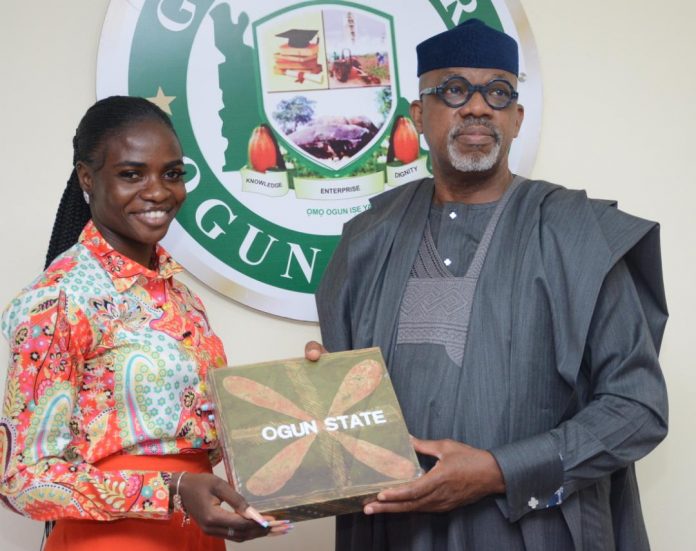 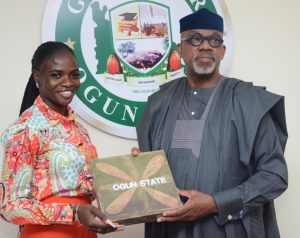 World champion Tobi Amusan has been appointed as sport ambassador in Ogun State and has been saddled with the responsibility of mentoring women and the girl child.

The governor of Ogun State, Prince Dapo Abiodun this Tuesday while receiving the 100 metres women’s hurdles champion,and Commonwealth games gold medalist at his Oke Mosan office in Abeokuta said the gesture was in appreciation of her exemplary performances at the World Athletics championship in USA, and the Commonwealth games in Birmingham.

Governor Abiodun who urged youths in the Gateway state to emulate her doggedness and hard work, described sports as a tool to achieving greatness.

The Ijebu Ode born athlete catapulted herself to the summit of Athletics when she won the women’s 100 metres Hurdles at the world Athletics championship in USA and smashed a world record in the process.

Barely a month later, she also won gold at the Commonwealth games in Birmingham, United Kingdom.