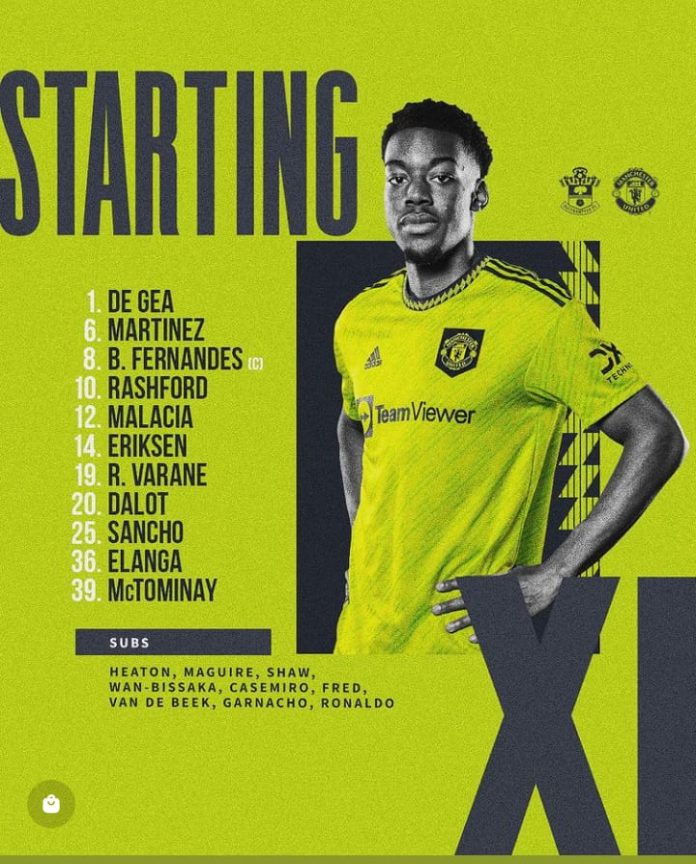 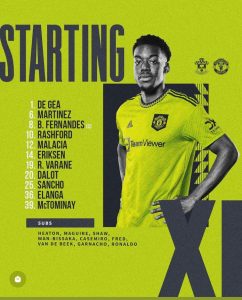 Manchester United will travel to saint Mary for a date against Southampton in the Premier League this Saturday in the early kick off for the day.

The Red Devils defeated Liverpool 2-1 on Monday to record their first league win of their season after successive defeat to Brighton and Brentford.

Manager Erik Ten Hag has started with the eleven that defeated Liverpool on Monday night football with Cristiano Ronaldo and new signing starting from the bench alongside captain Harry Maguire.

Goal scorers against Liverpool Jadon Sancho and Marcus Rashford gets another opportunity to shine, while new signing Tyrell Malacia will hope to continue from where he stopped at the left back position

Liverpool go in search of their first win when they host Bournemouth at Anfield, Arsenal are at home to Fulham while Tottenham Hotspur visit Nottingham Forest