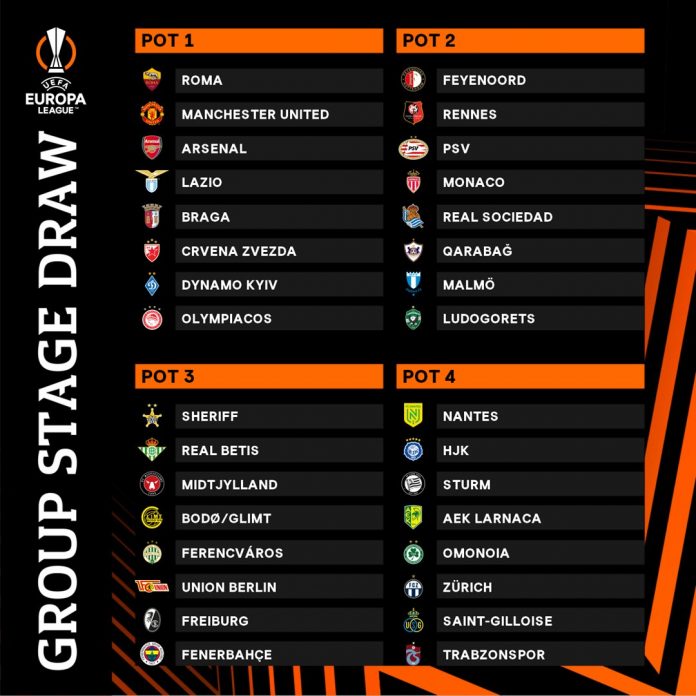 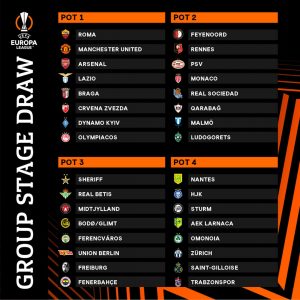 Erik ten Hag’s side will face a reunion with Spanish team Sociedad, who they played in the 2020-21 Europa League knockout stages under Ole Gunnar Solskjaer, which United won 4-0 on aggregate.

Mikel Arteta’s Gunners will host Dutch side PSV, who lost to Rangers in the Champions League play-off round on Wednesday night, along with Bodo/Glimt from Norway and Swiss team FC Zurich.

Arsenal and PSV last met in the 2007 Champions League, with the Dutch side stunning Arsene Wenger’s team 2-1 on aggregate in the last-16 knockout round.