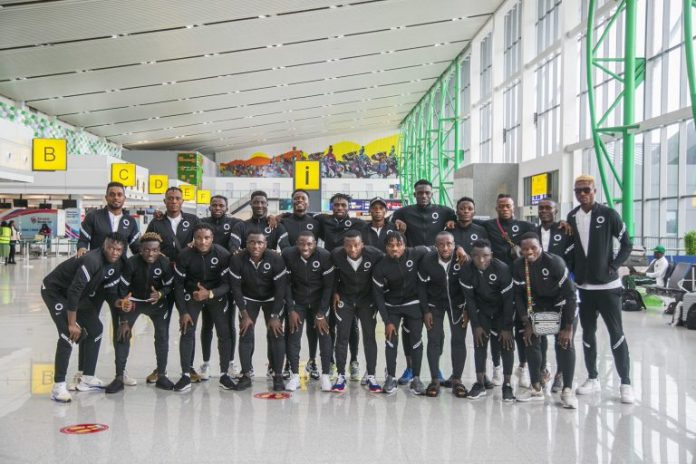 The delegation of Super Eagles B to Ghana for Sunday’s African Nations Championship qualifying match against the Black Galaxies has arrived in the Ghanaian coastal city, Cape Coast.

Head Coach Salisu Yusuf is at the head of a contingent that includes 22 players, who will prosecute the home-and-away games against the Galaxies.

The Eagles B and their officials travelled aboard Asky Airline flight from Abuja and landed in Accra after a stop-over in Lome, before a road trip to Cape Coast.

Nigeria and Ghana clash at the Cape Coast Sports Stadium on Sunday evening in the first leg of a final qualifying fixture for a spot at the 7th African Nations Championship to be staged in Algeria early next year.

Salisu is in Cape Coast with a total of 22 players, including three goalkeepers, eight defenders, six midfielders and five forwards.

SUPER EAGLES B IN CAPE COAST