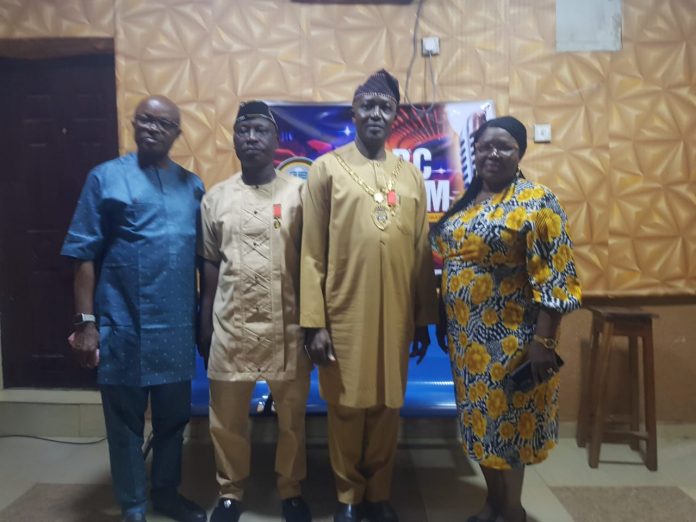 The President and Chairman of Council of the Nigerian Institute of Managememt, Major General Iyanda Muraina this Wednesday led other members of the Institute to the Ogun State Broadcasting Corporation.

The team was received by the General Manager, Mrs Toyin Sogbesan who expressed the readiness of the corporation to continue to partner with forward looking organisations such as the Nigerian Institute of Management.

Major General Muraina  had earlier sought the collaboration of the corporation in the promotion of some of the activities of the institute.

He informed that the institute which also has the OGBC General Manager, Mrs Toyin Sogbesan as member has well over 200,000 members nationwide.

Thereafter, Major General Muraina  made a presentation on behalf of the institute to the General Manager of OGBC, Mrs. Toyin Sogbesan.