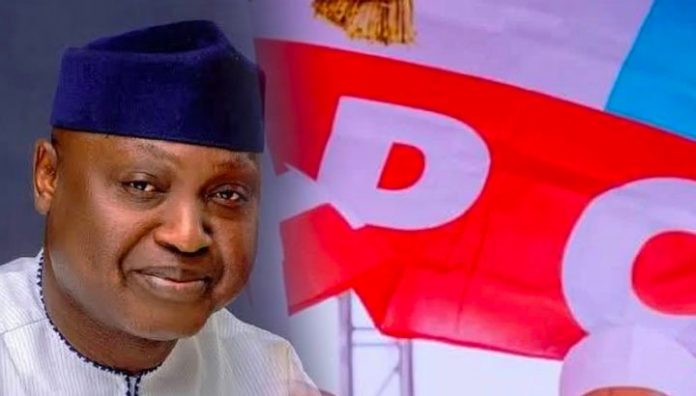 The Independent National Electoral Commission(INEC) had on Sunday morning declared results of the exercise in all the 16 local government areas of the state, with the APC candidate winning in 15 local governments.

Governor Abiodun in a statement by his Chief Press Secretary, Kunle Somorin, on Sunday, lauded the people of Ekiti State for electing to continue to witness good governance in the state courtesy of the ruling party.

He noted that the victory at the poll by the governor-elect clearly indicated that the outgoing governor, Kayode Fayemi, had performed in office to the admiration of the Ekiti people.

Abiodun, while saying that the people have spoken through the ballot, commended the INEC for doing a Yeoman’s job in conducting a free and fair governorship election.

The governor equally lauded the security agencies for ensuring a violence-free poll despite the pre-election fear of chaos.

He, however, urged the governor-elect to be magnanimous in victory and rally support of his opponents in the election.

Abiodun also thumbed up Governor Fayemi for espousing people-oriented programmes and policies, which according to him, endeared the people of Ekiti more to the APC.