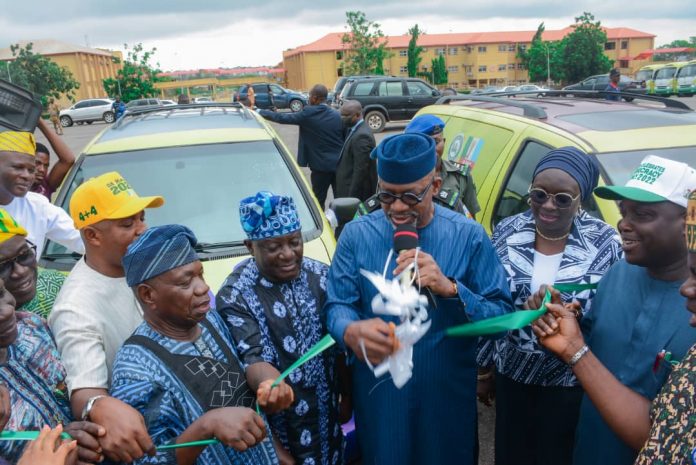 Some of the party stalwarts who spoke this Thursday at arcade ground okemosan,Abeokuta during the presentation of some vehicles to governor dapo abiodun described the governor as a performer whose leadership style has brought about uncommon development to all the three senatorial districts across the state

The chairman of the ogun state chapter of association of local government of Nigeria, ALGON, who also double as the chairman of ijebu-ode local government, in a remark, alhaji emilola gazaal said the donation of the vehicles was to identify with the governor in order to make his second term bid a success

The ALGON chairman who described him as a pragmatic leader, informed that all the local government chairmen in the state contributed the money to purchase the vehicles in appreciation of his leadership role saying this should be the first time such a thing is happening in the state

A party chieftain from ifo local government, chief musibaudeen adebesin thanked the governor for the infrastructural amenities provided in the local government especially the reconstruction of some of the major roads including vespa Road, ikota-meje Road and others that has enhanced people’s movement within the corridor and also added to the commercial value of the area