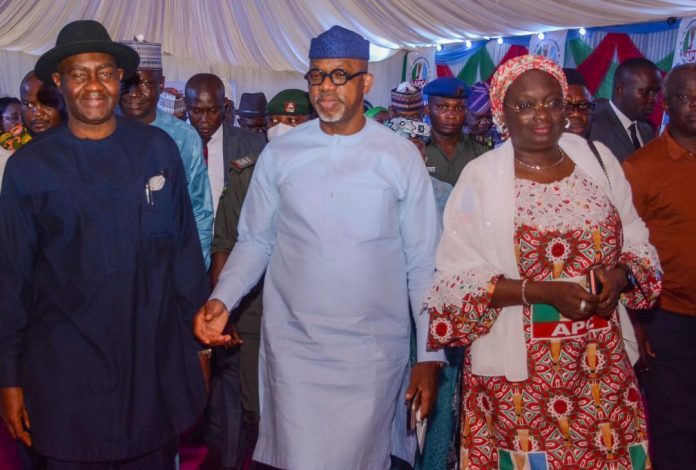 Ogun State Governor Prince Dapo Abiodun has said that the All Progressives Congress (APC), is set to conduct a convention which would be a reference for political parties in the country.

The governor who is the Chairman, Accreditation and Decoration Committee, spoke after inspecting the International Conference Centre, Abuja, venue for accreditation of delegates, said all things have been put in place for the success of the event.

He said the Committee made up Deputies governors, members of the National Assembly and eminent party faithfuls are working round the clock to ensure a hitch free primary election.

“The National Working Committee of our party constituted committees for this election and we are serving in the accreditation committee for this election which is the most important for the election. We are charged with the responsibility for ensuring that only those who are validly elected delegates are allow to go to Eagles square to vote.

” We are not working as an island, we are working in cooperation and collaboration with other Committees including the security Committee. The International Conference Centre will be the venue for accrediting the delegates who were elected from various states. We have other centre where we will accredit all non-delegates who will not be voting but will attend the convention. I’ll

” I want to say that we are ready for the exercise. All our tags are ready, we began our work ahead of our inauguration because of the importance attach to the assignment. We are ready and we believe that by the time is over, it will become a reference point for conventions in the history of political parties in this country”, the explained.

Prince Abiodun noted that the convention would be different as everyone attending the convention most wear a tag that would have security features like codes which could be read by a device.

” Everyone going into the Eagles square will be accredited. This will give us the idea of those that will be delegates and those that are just attending the exercise”, he noted.

The governor expressed satisfaction with level of work done so far at the venue, saying he looked forward to a successful primary election.