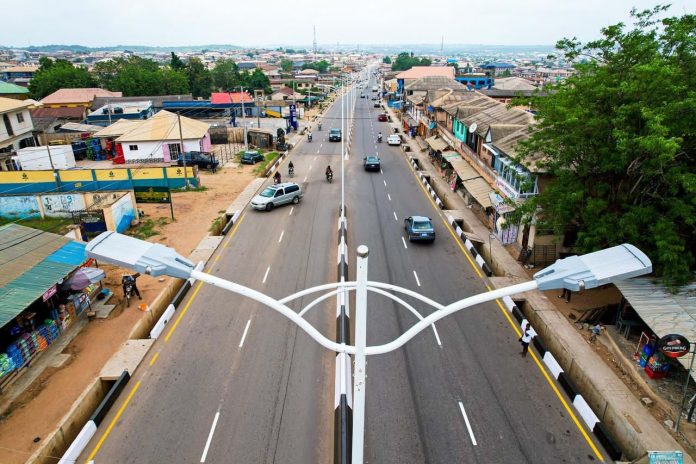 The Ogun State Governor Prince Dapo Abiodun on Tuesday officially commissioned a 3 kilometre Panseke-Adigbe-Opako road, while promising to deliver more infrastructural amenities to better the lots of the people of the state

Inaugurating the road, Governor Abiodun explained that the event was another symbolic demonstration of the current administration’s resolve towards the development of the State in fuflfiment of its promises made to the people of the state during the electioneering campaign

While informing that the road was one of the inherited projects from the last administration, governor Abiodun said the road has economic importance to the state as it traverses three local governments and provide a viable bye-pass to Lagos-Abeokuta Expressway

Stressing that the road would also serve as an added advantage in boosting the state transport master plan especially within Abeokuta metropolis, Mr governor assured that the current administration would continue to create more opportunities for the people’s prosperity without prejudice to religious or political affiliation

The governor who pointed out that government has constructed over 400 kilometres road since inception stated that the sagamu-ogijo-ikorodu road is almost completed to enhance movement of people within the corridor, stating that the ifo-Sango-Lagos-Abeokuta expressway is receiving consideration from the federal ministry of works

Urging the residents to take possession of the road by protecting it as a means of contributing their quota towards future generation, the governor called on the private sector to partner the government in building the future of the state together

Earlier, the Speaker of the Ogun State House of Assembly, the Right Honourable Olakunle Oluomo commended governor Dapo Abiodun for even distribution of infrastructural amenities across the state, assuring that the lawmakers would continue to support the governor in his efforts at transforming the state.