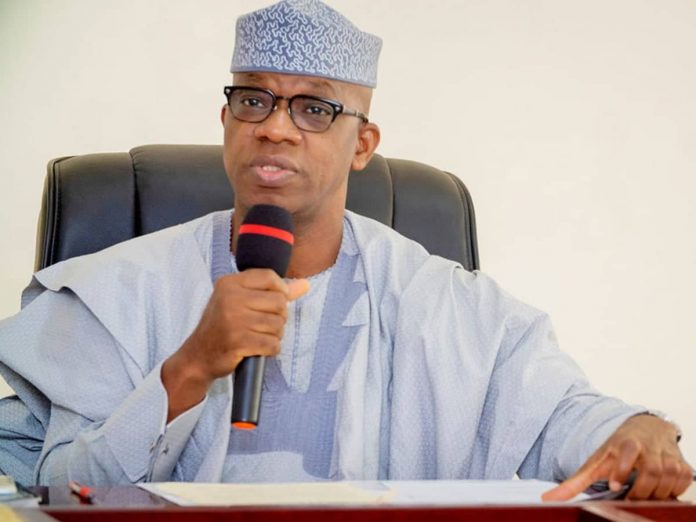 Citizens of the Republic of Benin residing in Ogun State are set to honour the Governor Dapo Abiodun with PÈRE PEUCOMMUN (Father Uncommon), the highest award that can be bestowed on anyone with a significant contribution to the group.

In a statement signed by the president of the group, Mr. Romain Kakpo, on Sunday, copies made available to newsmen on Tuesday, Beninese residents in Ogun decided to confer the honour on the governor as a result of his administration’s immeasurable and significant contributions to the well-being, security and support for their people in the state.

“Our decision to honour His Excellency, Prince Dapo Abiodun, the Governor of Ogun State as PÈRE PEUCOMMUN (Father Uncommon), the highest award that can be conferred on anyone by our union in Ogun State is a result of the fatherly roles he has been playing to we, Beninese residents in the state.

“We know Nigerians and Beninese (Egun) have fraternal and cultural relationship, we are not strangers in Nigeria because we are connected by blood, even though we are now geographically interspersed, all the same, we enormously appreciate the laudable efforts of his administration in making our stay in the state quite comfortable, in terms of security, provision farmland for our farming activities and allied support.

“We are also conferring the award on His Excellency for the immeasurable benefits we derive from his security architecture as we go about our responsibilities without any fear of molestation, abuse or maltreatment and his people-oriented style of governance which stands the state out as a model for many other states in the country”, the statement read.

Kakpo, who said the award presentation ceremony is planned to hold on May 20, added that “we will like to present it to the governor with a pomp that will enable us exhibit our rich cultural heritage”.