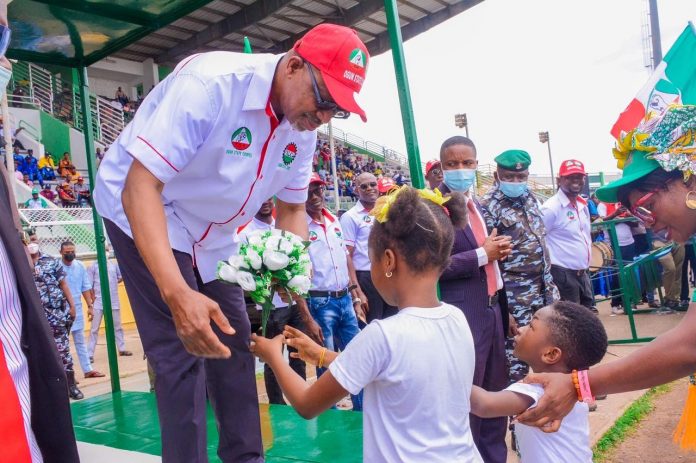 As part of the efforts to improve on the welfare of its workforce, the Ogun State government has paid a sum of #9 billion out of the #14.4 billion owed the workers from the monthly deductions

Governor Dapo Abiodun let this out this Sunday while addressing workers at the 2022 worker’s day with the theme labour, politics and quest for good governance and development in Nigeria held at the MKO International stadium, Abeokuta

The governor while appreciating the loyalty, commitment and productivity of the entire workforce, assured that government would continue to prioritise the welfare of the workforce

Earlier, in their separate remarks the state Chairman of Nigeria Labour Congress, NLC, Comrade Emmanuel Bankole and his counterpart from trade Union Congress,TUC Comrade Akeem Lasisi charged the federal and state government to unconditionally submit to the principle of autonomy as enshrined in the nation’s constitution by allowing local governments and judiciary, legislative arms of government to deliver their constitutional mandate in order to achieve good governance in the country