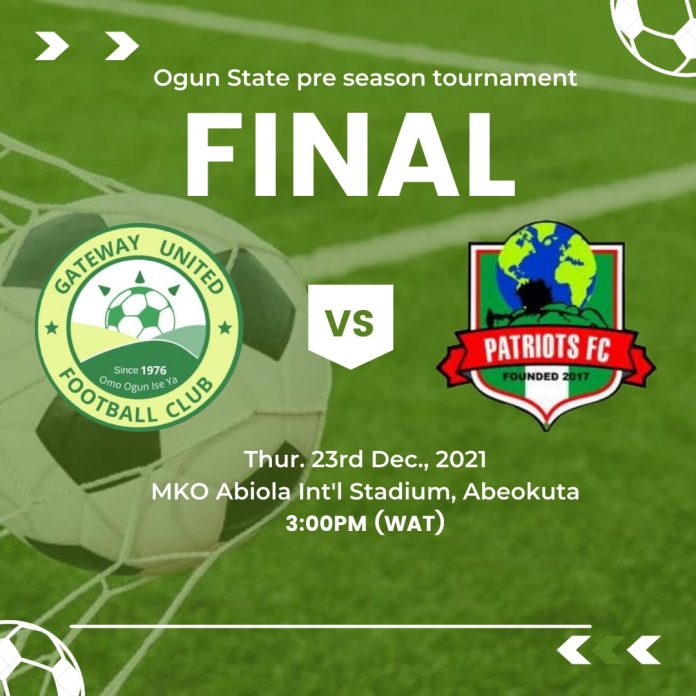 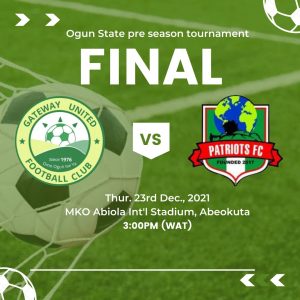 The game is scheduled to take place at the MKO Abiola Stadium, Abeokuta, Ogun State.

While Gateway United are already established having played in the Nigerian Top-flight league in the past, Patriots are a non league side with a lot of young players.

Both teams met in the group phase of the tournament, and against all odds, Patriots held Gateway United to a draw.

It’s another opportunity for Gateway United to rewrite their wrongs, or surrender the bragging rights to Patriots as far as the Pre Season tournament is concerned.

Ayotunde Somide tutored Patriots did not kick a ball in the Semi final, they were meant to take on Remo Stars who opted out of the tournament due to a superior engagement this weekend in the Nigeria Professional Football League as they prepare to entertain Heartland Football Club in a match day two fixture.

For Gateway United, they pipped FC Ebedei 1-0 in their semi final fixture.