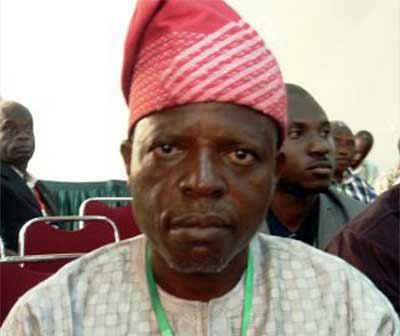 Ogun state on Thursday again added another feather to its cap as one of its own and a nation’s leading Veteran Broadcaster,Dr.Yemisi Bamgbose emerged the Executive Secretary of the Broadcasting Organization of Nigeria (BON)

He emerged at the 74th session of BON rounded off today in Abuja .

Yemisi Bamgbose was a two tenure National President of the Radio, Television and Theatre Arts Union of Nigeria (RATTAWU) and a retired Permanent Secretary in the Ogun State Civil Service.

The Broadcasting Organisations of Nigeria (BON) is a broad coalition of public and private broadcasters as the nation’s umbrella Union of Terrestrial Radio Television (Tv) Direct-To-Home (DTH) Digital Terrestial Television (DTT) Multimedia Distribution System (MMDS)
Established in 1973, the Broadcasting Organisations of Nigeria is today comprised of over 100 members and they collectively own over 250 radio and television stations. BON’s vision is to foster a future-proof environment for radio, TV and new media broadcasters to serve their audiences and contribute to the development of our society