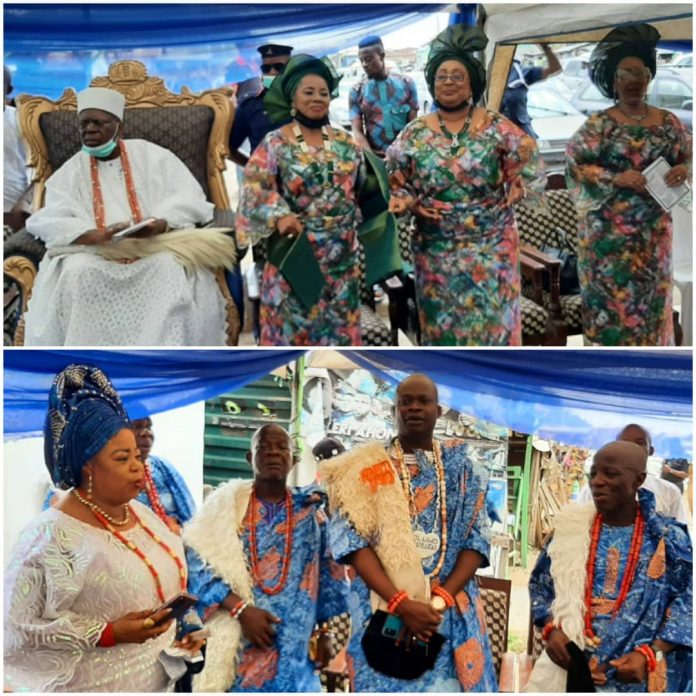 The 32nd Coronation Anniversary of the Osile of Oke -Ona Egba, Oba Adedapo Tejuosho ended on Thursday with a well attended thanksgiving prayers and the paying of homage by the Christian and Muslim communities as well as adherents of tradition.

Going down memory lane to May 20th, 1989 when he was installed, Oba Tejuosho expressed gratitude to God for a memorable time on the throne, just as he lauded the sons and daughters of Oke- Ona Egba for the support and progress made in the town in the last 32years.

Reiterating that human ability and knowledge are not keys to success in life, the Archbishop Ogun Province of The African Church, His Most Reverend Babatunde Ojumu noted that Oba Tejuosho has contributed immensely to the development of the country and Egbaland in many capacities.

Speaking in like manner, the Wakilu Muslim of Yorubaland, Sheik Iskil Lawal popularly known as SUGAR lauded the Royal Father for making oke-Ona Egba a pride of place in Egbaland, adding that Oba Tejuosho is a forthright royal father who cherishes the progress of his people.

The Akingboye of Oke- Ona Egba ,Chief Adebayo Adeyinka , Chief Ahmed Sewunmi ,the Otun Bagbusi of Ago-oko and Chief Dotun Lapejo were among those declared Chiefs into the Oke-Ona Traditional council at the event.