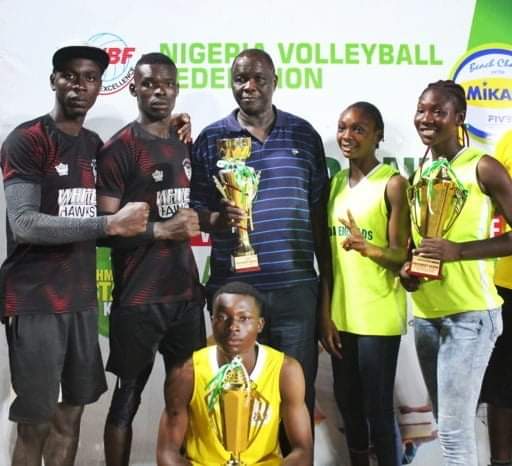 Team Kada emerged champions in the U18 Girls, U19 Boys and men’s senior at the just concluded 2021 President Beach Volleyball Cup in Kaduna.

The duo of Jasper Peter and Austin Uche (Kada Kings) proved to be the better side against highly rated Godwin Shekerau and Andrew Sunday of NSCDC.

An elated Jasper Peter of Kada Kings told newsmen that winning the President Cup is a major boost for younger players in the country.

Peter thanked the Chairman Caretaker Committee of Nigeria Volleyball Federation, Engineer Musa Nimrod for believing in the ability of the team.