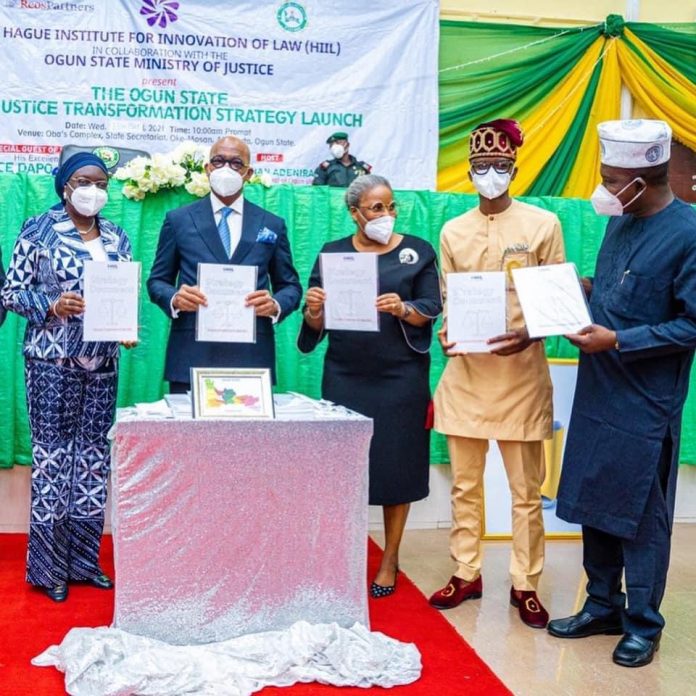 The Ogun State Governor, Prince Dapo Abiodun on Wednesday launched the Civil Justice Transformation Draft Strategy, towards an improved and effective judicial system, as well as justice administration in the state.

Gov Abiodun in a remark at the launch of the Civil Justice Transformation Draft Lab at the Oba’s Complex, Oke-Mosan Abeokuta, said the project is aimed at identifying the most pressing needs of the people and provide innovative strategies to resolve them.

The Governor added that the launch of the Civil Justice Draft Strategy is to ensure and maintain the vision of his administration that Ogun state remains the safest place to work, live and do business.

He noted that it is when the enabling environment is created that businesses will thrive and his administration has devised a sustainable strategy that attracts more investment into the state.

In an opening remark, the Commissioner for Justice and Attorney General in the state, Mr Akingbolahan Adeniran said with the launch of the Civil Justice Darft Strategy, Ogun state has demonstrated that it is ready to match global standards in the administration of civil justice system.

Also speaking at the event, The State Chief Judge, Justice Mosunmola Dipeolu called for intensified efforts towards an improved Judicial System in the state and assured that the Judiciary is committed to quick dispensation of Justice with respect for the Civil Justice System.

Mrs Ijeoma Nwafor, the Country Representative of Hague Institute for Innovation of Law (HIIL), which put the Transformation Draft Strategy together and trained stakeholders in the administration of Civil Justice said the judiciary must remain the last hope of the common man.

Mrs Nwafor said HIIL is collaborating with Ogun state to ensure that Justice is accessible, affordable and a solution to peoples problems in a timely manner. 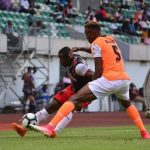