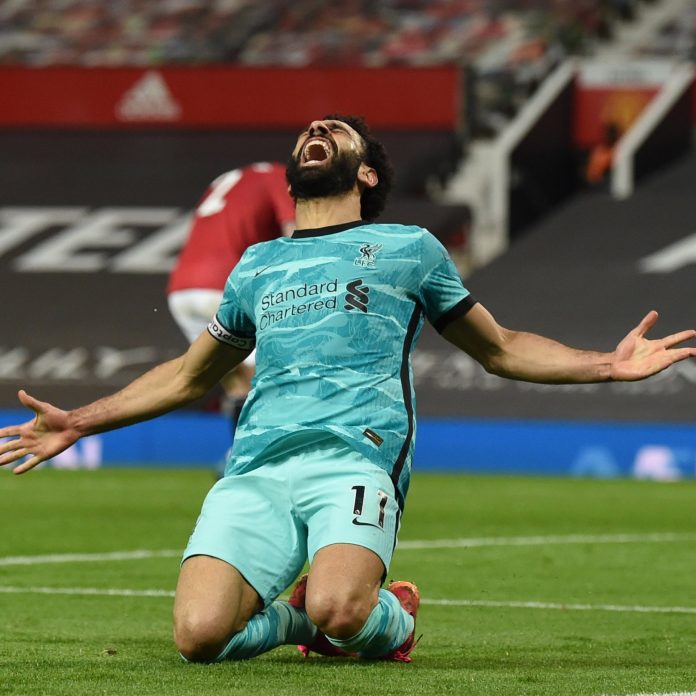 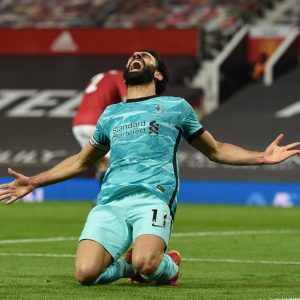 Bruno Fernandes had put Man Utd ahead on 10 minutes with a shot that deflected in off Nathaniel Phillips.

Liverpool were awarded a penalty when Eric Bailly challenged Phillips but that was overturned by a VAR review and they levelled through Diogo Jota’s cute backheel on 34 minutes.

A clinical header by Firmino put the Reds in front in first-half stoppage time before the Brazilian netted his second, and Liverpool’s third, only two minutes after the break.

Edinson Cavani’s superb assist allowed Marcus Rashford to finish for 3-2 on 68 minutes to set up an exciting finish.

Two Mason Greenwood efforts were blocked on Liverpool’s line in quick succession, while Fernandes fired over, before Mohamed Salah broke away in added time to seal the win with his 21st goal of the season. He is now level with Harry Kane in the race for the Golden Boot.

Man Utd are second on 70 points, Liverpool move up to fifth on 60 points, four behind fourth-placed Chelsea.