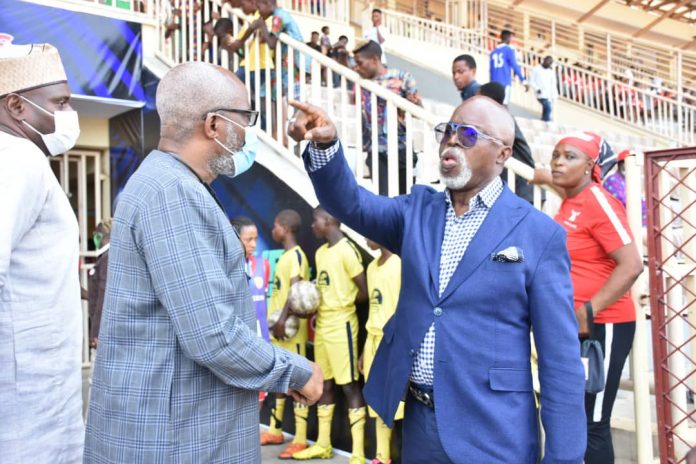 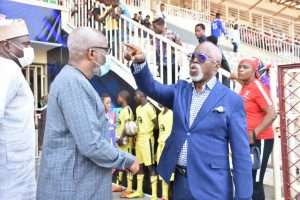 Pinnick who was accompanied by the Edo State Deputy Governor, Phillip Shuaibu, Delta State Commissioner for Sports, Tonobok Okowa, Chief Solomon Ogba and Dr. Kweku Tandoh hailed the NWFL leadership for hosting a well organised Super 6 Competition, which will determine who will represent Nigeria at the CAF Women Champions League.

” I must say I am well satisfied with what I saw today, the level of play, the organisation as well as the reception.

“The homebased players are as competent as the foreign based players and I think some of these players are good enough to play for the Super Eagles. We are proud of the good works Aisha Falode is doing and we shall continue to give her all the necessary supports.

“I am satisfied with the standard of officiating, and as a body, the NFF, NWFL does not believe in mediocrity. The the true winner will eventually emerge at the end of the day.” He concluded.