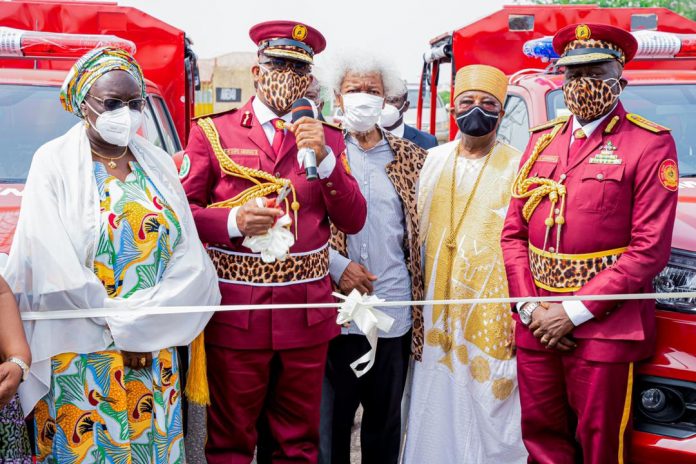 Governor Abiodun made the remark this thursday during the inauguration of Amotekun Corps and commissioning of patrol vehicles and motorcycles at arcade ground, Oke-mosan Abeokuta

Mr Governor informed that the inauguration of Amotekun Corps should not be seen as a rival to the security agencies in the state, but to complement their efforts in fighting crimes

The Governor charged the amoytekun Corps to ensure that their operations is under the ambit of the law that set it up, stressing that members of the Corps have been carefully chosen and trained.

He added that the security outfit had been provided with modern day equipment in order to discharge their duties effectively, warning that the state government would make the state unsafe for criminals

The Governor warned all property owners in the state to desist from abhoring criminals as any one caught in the act would be prosecuted while such property would also be demolished.

The Governor while expressing concern over the spate of kidnapping in the state recently said the government in collaboration with the security agencies have marshalled out plans to rid the state of the dastad act.