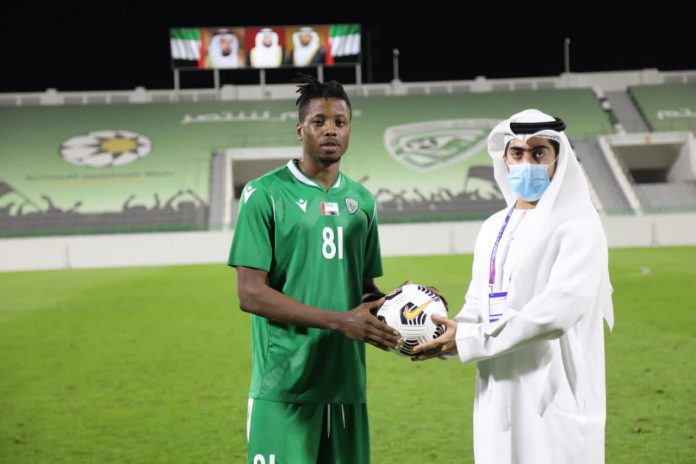 The striker who only joined the Gulf League side in July from FC Zimbru of Moldova scored three goals and registered one assist in the demolition of Hatta in the AG League tournament.

The nimble footed forward signed for the main team of the United Arab Emirates side but was drafted to the Under 21 for the tournament since he still falls within the age bracket.

Apart from his terrific prowess in front of goal, his vision and ability to track back also stands him out.

The player himself said he's focused on making a mark with Khorfakkan FC in the United Arab Emirates, but the future looks very bright for the young Nigerian attacker who joined FC Zimbru in July From Right2Win Sports Club, he made a move to the UAE just three months after signing for FC Zimbru.