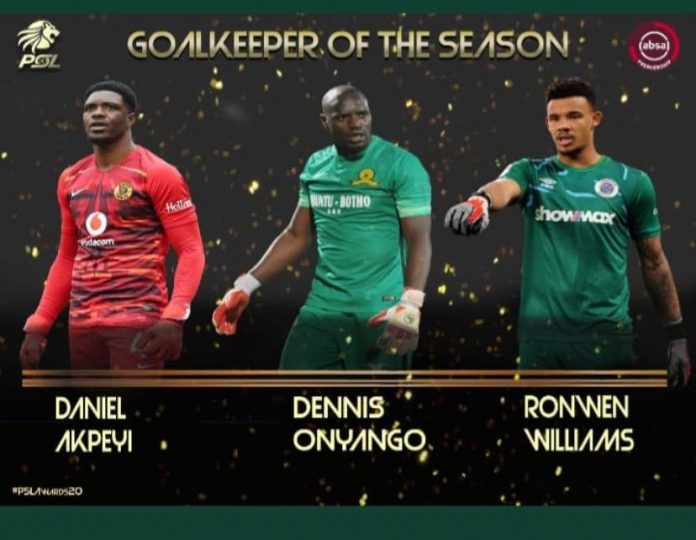 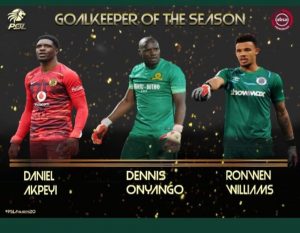 Super Eagles goalkeeper Daniel Akpeyi is in contention for the top goalkeeping prize in the South African Premier League.

The Kaizer Chiefs safe hands has been nominated for the goalkeeper of the season after a fantastic 2019/2020 season with Chiefs in the ABSA Premier League.

The Rio 2016 Olympic Bronze Medalist is up against Dennis Onyango of Mamelodi Sundowns and Ronwen Williams of Supersport United. 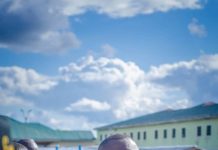