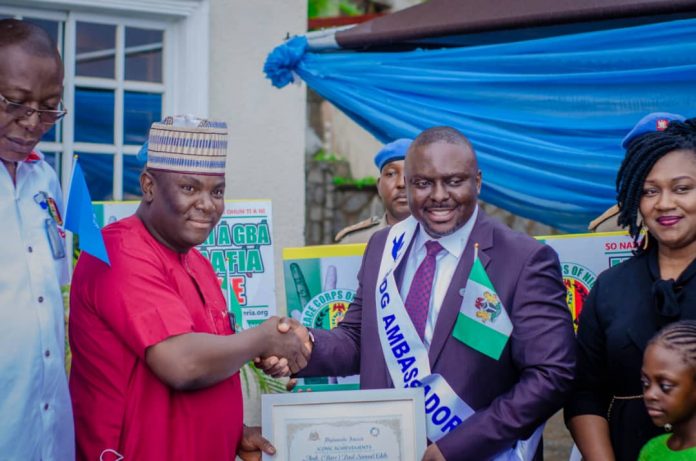 Each year the International Day of Peace is observed around the world on 21 September. The UN General Assembly has declared this as a day devoted to strengthening the ideals of peace, through observing 24 hours of non-violence and cease-fire

According to a statement by UN International Day Of peace partners, Paul Edeh was recognised for the prestigious award because of his special way of impacting the youths positively and promoting peace and harmony in the country.

This year’s award ceremony came on the day the United Nations is celebrating it’s 75th anniversary which is themed ” Shaping peace together ” which reflects the reason the UN was formed.

Barrister Paul Edeh, an Abuja based legal luminary is well known for his selfless service to humanity and has put his name on the sands of time once again with the UN SDG Ambassador Award.

“From transforming the lives of many youths positively and promoting peace, to defending human rights, and using his legal abilities to connect with individuals on issues of equality, Barrister Paul Edeh continue to make invaluable contributions to his community and the world. The foundation recognises this and what his work brings concerning the goals enshrined in the UN.” Dr Dickson Akoh, the Commandant of the Peace Corps of Nigeria said.

The Chairman of the event, Senator Phillip Aduda, who is Senator, representing the Federal Capital Territory and the minority whip of the Senate said ‘peace’ is a not a negotiable act, but a factor that is needed to bring development to the world.

“Peace is not a negotiable act, peace brings in gradual positive changes in the society.

“In order for us to improve as a nation, we must embrace peace in all forms.

In his remarks, the representative of the African Union (AU), Dr Tunji John said the month of September is significant in the programme of the UN and AU and commended the organisers for using the programme to promote peace.

“This month September is an important month in the calendar of the AU.

“This event is a global one as the United Nations enjoined people to engage in a global conversation on how to tackle the greatest global challenges together.

“As a body, we stand by peace and ask everyone to live together in harmony and love. He concluded.

The annual SDG Ambassador Award honours individuals who have shown ‘extraordinary leadership’, played a major role in the promotion of peace and youth empowerment. 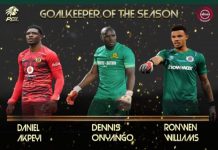