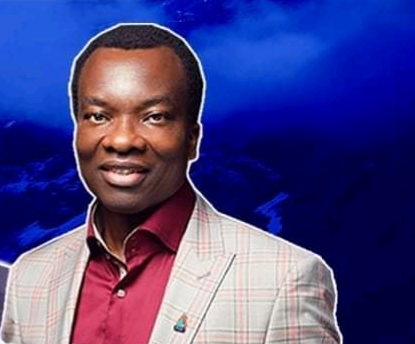 The fight against corruption will see the light of day if those at the helms of affairs and other stakeholders especially members of the fourth estate of the realm do the needful in their reportage to right the wrong.

Also members of the public should desist from putting unnecessary monetary and financial burdens on political office holders as such push most of them to steal from public funds.

The General Overseer, Victory Life Bible Church , VLBC ,International, Apostle Lawrence Achudume who brought this to the front burner during an interaction with men of the pen profession in Abeokuta, the Ogun State capital saw the need for the country’s Numero uno,President Mohammadu Buhari to ensure that the much desired results about the fight against Corruption is achieved .

Nothing that leadership is a great task that requires determination and firmness, Apostle Achudume stressed that the time has come for members of the public to put up measures to query those at the helms of affairs found wanting adding that corruption will continue until the masses rise up against it without fear of intimidation and harassment.

Apostle Achudume who lauded the leadership style of the main man in the Gateway State, Prince Dapo Abiodun noted that governance does not require unnecessary noise adding that the main concern of those at the helms of affairs should be good governance geared towards making life worth living for the governed especially the downtrodden.
He informed that the fight against corruption and other societal ills in the country cannot achieve the desired results without a united and forthright Fourth Estate of the Realm.

The General Overseer of Victory Life Bible church who described journalism as one of the best professions in the world remarked that without unity of purpose among the men of the pen profession, they will be churning out conflicting reports capable of generating confusing response from the public.

Expressing concern over the divisions in various professional bodies in the country, including the Ogun state Council of the Nigeria Union of Journalists which led to the emergence of parallel leaderships, the man of God appealed to the elders in the Council to intervene in order to ensure peace to enable Journalists perform their duties effectively.