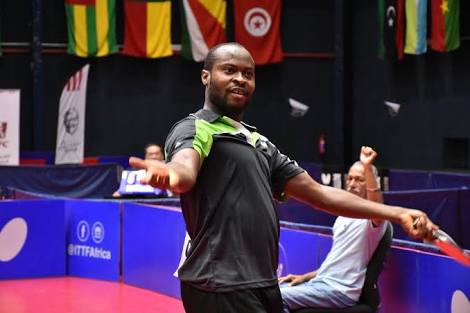 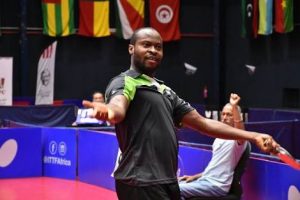 The management of German Bundesliga team, TTC RhönSprudel Fulda-Maberzell has raised the stake for Aruna Quadri ahead of the new season in September.

Quadri joined the German side from Sporting in Portugal and he is expected to lead the team in the prestigious European league for the 2020/2021 season which serves off next month.

According to the President of the club, Stefan Frauenholz, the arrival of Quadri has come with a lot of expectation from the Nigerian.

Already, the team is targeting a play-off stage in the forthcoming season with the hope that Quadri will spearhead the team’s campaign.

“TTC is confident about the new season. Quadri Aruna is a top 20 player. The Nigerian has not lost a game in Portugal in six years. He plays very attractive table tennis and is very pre-stressed. I think fans will enjoy him a lot,” Frauenholz said.

He added: “The TTC board does not want to commit to a clear season goal. The playoffs would be nice, but you also know that everything has to fit. Quadri Aruna must strike as desired and Ruwen Filus also needs a super shape. It’s a real surprise bag.”

The decision by the league organisers to cancel the doubles match the President of TTC believes would surely help the team. “That would certainly be an advantage for us, as it would give us significantly more options when it comes to setting up,” said Frauenholz.

Already, the rule has already been applied to the playoffs for the German Championship.

Apart from Quadri, the German team will be relying on the 23-year-old Hong Kong Siu Hang Lam as he has been considered as the ideal addition to the existing squad while teenage sensation Fan Bo Meng is also crucial to the team. The youngster won a total of five games in his first season in the Bundesliga.