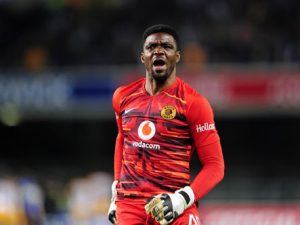 Super Eagles goalkeeper Daniel Akpeyi has confirmed that his wife has been delivered of a bouncing baby boy.

The Kaizer Chiefs’ shot stopper revealed that his Prince came into the world on July 10, 2020 at Netcare hospital in Johannesburg, South Africa.

The baby is the second child of the Rio 2016 Olympic Bronze medalist and his wife Ebere-Kalu Emmanuella.

The new baby boy has a brother who is two years old.

The Former Warri Wolves goalkeeper while confirming the development said His joy knows no bound and returned all Glory to God.

He said “We appreciate the Lord for always coming through for our family and we return all Glory to him. Our Prince has arrived and all we can say is The Lord has done it again, thanks to everyone reaching out to us and sending congratulatory messages, we are grateful”.

Akpeyi was Nigeria’s first choice goalkeeper at the 2019 Africa Cup Of Nations in Egypt where the three time African Champions finished third, he was on a fantastic form in the South African Premier League before Coronavirus halted Football and was named the player of the month for September/October after series of outstanding games for the Amakhosi.

Akpeyi was linked with a move to the Belgian League couple months ago, but he confirmed that he is happy at his present club 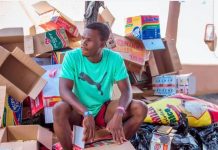 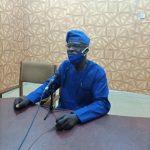