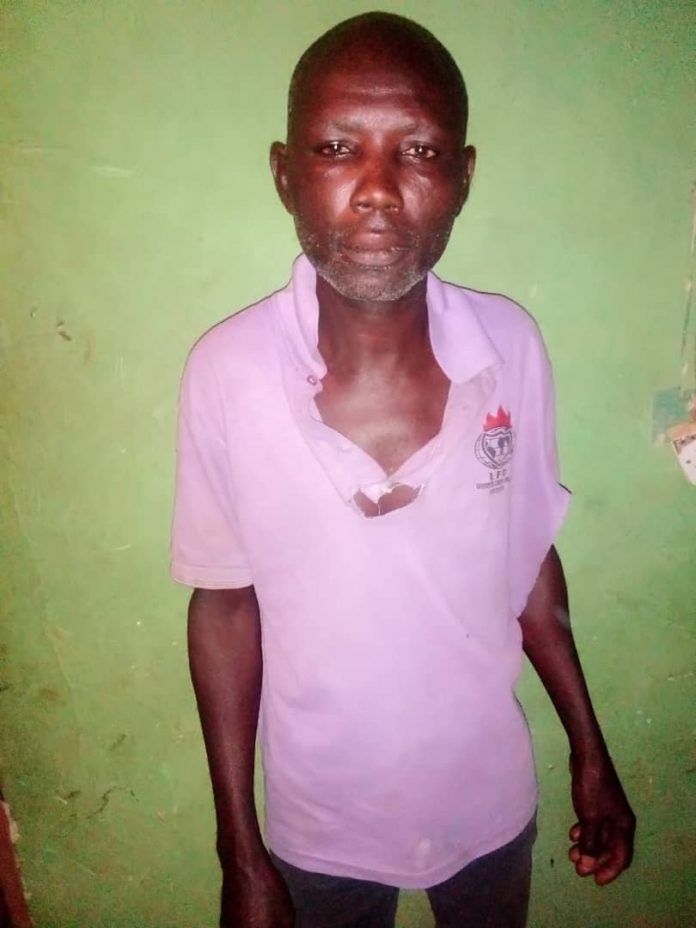 The suspect was arrested following a complaint by the father of the victim who reported at Itele divisional headquarters that while he was at his working place, he received a call from one of his neighbors that her daughter had been sexually abused by the suspect and that the said neighbor caught the man in the act.

Upon the report, the DPO Itele division Csp Monday Unuigbe detailed his detectives to go after the man and he was subsequently arrested.

On interrogation, the suspect who claimed to be a pastor at Helmet of Life international church confessed having unlawful carnal knowledge of the little girl.

He stated further that he lured the small girl into an uncompleted building in the area when the girl was going on an errand.

When asked whether he has no wife, the suspect explained that he has separated from  his wife since 2016.

The  Public Relations Officer, of the Ogun State Command, DSP Abimbola Oyeyemi however hi police, Cp Kenneth Ebrimson has ordered the transfer of the suspect to anti human trafficking and child labor unit of the State Criminal investigation and intelligence department for further investigation and diligent prosecution.