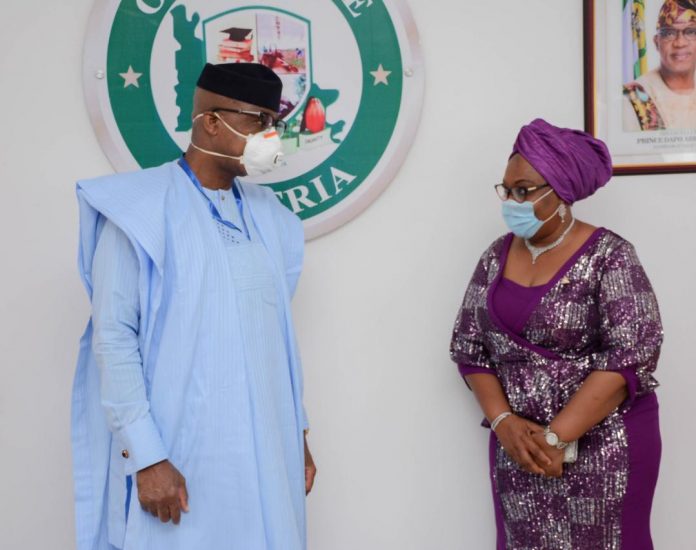 Ogun State Governor, Prince Dapo Abiodun has assured the State workers that his administration would honour all promises and agreements reached with them since inception.

Governor Abiodun who gave the assurance in his office at the swearing-in of the new Head of Service, Commissioner for Transportation and two Special Advisers, described the Public Service as a veritable tool for realising his administration’s “Building our Future Together Agenda”.

“Let me use this opportunity to reassure all the great workers of Ogun State that ours is not an administration that reneges on its promises. We will fulfill all promises made and honour all agreements we have with our workers.

He assured that government would continue to provide adequate and effective working tools for Public Servants, as well as a friendly working environment, to guarantee optimal productivity, reiterating his administration’s commitment to ensure that the State’s workforce get to the peak of their career.

The Governor said promotion and appointments would henceforth be based on merit, thereby placing the Public Service on a sound pedestal, to perform its statutory roles to the citizens of the State.

He said the appointees were chosen among those who were equally qualified and have shown and shared the administration’s commitment to working for the people of the State.

“I must also say that, in all we do, for over a year now, we have always observed due process, transparency and wide consultation. The appointment of Alhaja Selimot Olapeju Ottun as the new Head of Service, is therefore a product of thoroughness, meritorious service, proven managerial credentials and capacity’’, he further stated.

Prince Abiodun urged the new appointees to bring their wealth of experience to bear in their service to Ogun State, saying this would go a long way in taking the State to the next level.

Responding on behalf other appointees, the new Head of Service, Alhaja Ottun, thanked the Governor for the confidence reposed in her, pledging that the State workforce would reciprocate government’s friendly postures by being committed, dedicated and hardworking in their services to the people of the State.