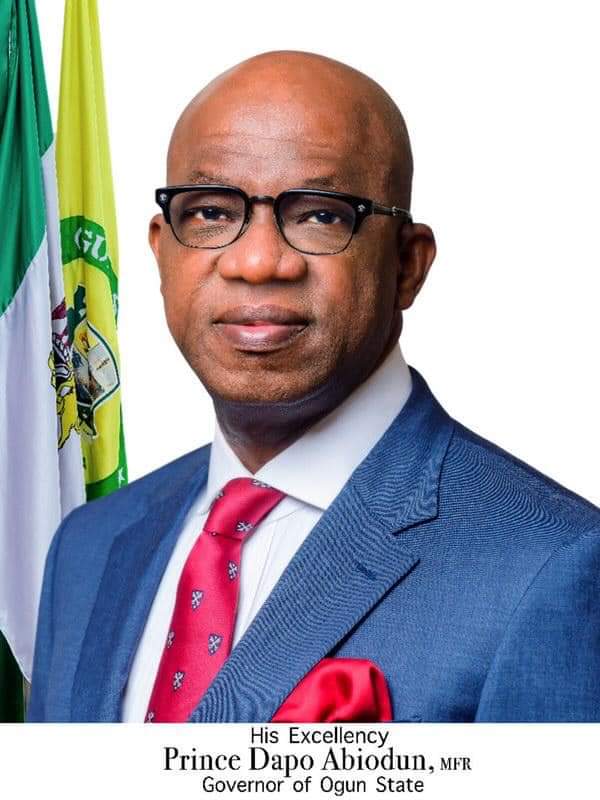 The organizer of Africa  Traditional  Sports Festival  from Niger state on Wednesday honoured the Ogun State Governor, Prince Dapo Abiodun with the presentation of a an horse for the tremendous achievements recorded during his first 365 days in office

Receiving the horse at Oke- mosan in Abeokuta on behalf of the Governor, the Commissioner for Agriculture, Dr Adeola Odedina thanked the group for the honor done on the Governor in appreciation of his achievements in the state within a year.

The Commissioner emphasised that the current administration is committed to promoting unity and peaceful coexistence among the various groups in the state.

He assured them that their request would be presented to the Governor for appropriate action,  stressing that Governor Abiodun would make judicious use of the horse by making it more attractive and better than its present status.

Earlier, the leader of the group Alhaji Aliyu Abuakar explained that the group from the upper Niger came to felicitate with the Governor over the restoration of peace in the state , stating that the Governor in the last one year has demonstrated a sterling leadership by improving on the existing status of the state.

Alhaji Abubakar who also doubles as the Chairman, organising committee of the African Sports Festival said the presentation of an horse in Africa was the highest that can be done to a credible leader like Governor Abiodun, urging the Governor to support the maiden edition of the festival expected to kick-off soon in Ogun State in commemoration of the 60th independent anniversary of the nation while the grand finale would be held in Abuja by October.