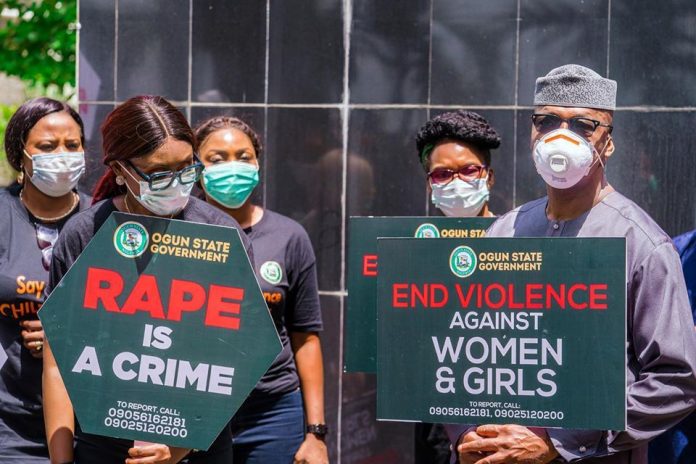 The Government says act of violence against women is a grave offence which will not be condoned under any guise in the state.

To this end, The Govenor Prince Dapo Abiodun has directed the Attorney General and Chief Judge of the state to fast track cases that has to do with violence against women and ensure that perpetrators are punished.

Governor Abiodun spoke on this development on Monday while receiving a group of women led by the Wife of The Governor, Mrs Bamidele Abiodun who protested to his office at Oke-mosan carrying placards with different inscriptions calling for a stop to violence against women.