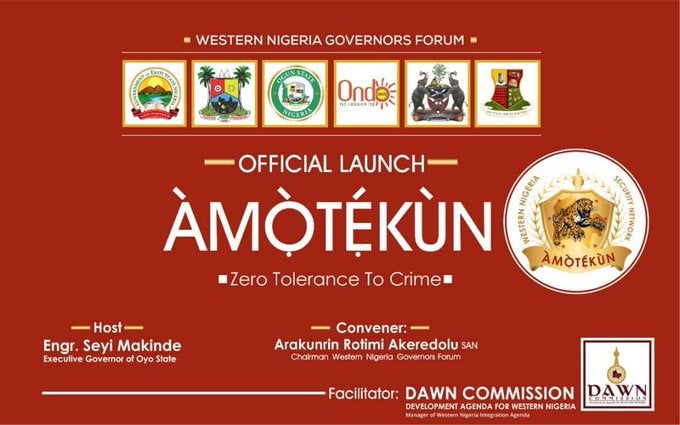 The need for the nation’s  security architecture to be reviewed for effective service delivery has again been brought to the fore.

The Chairman South West Governors forum, Arakunrin Rotimi Akeredolu came up with this at the opening of a round table by the governors of the region, the Inspector General of Police, Mr Mohammed Adamu and other stakeholders on community policing.

Advising Nigeria to take a cue from US and Canada which have metropolitan police aside the central outfit, he urged the federal government to allow each region to tackle its peculiar security challenges with indigenous people participating, apart from the Nigerian Police.

Citing his experience from the situation report he gets in Ondo State on daily basis Governor Akeredolu said armed robbery and kidnapping has become the order of the day in some part of the region.

In a welcome address. The Lagos State Governor Mr Babajide Sanwo-Olu commended the IGP for making the south west region his first port of call in his conversations on community policing in the country.

The House of Assembly is to conduct a public hearing on the bill to establish the south west security network code named ”Operation Amotekun’’. 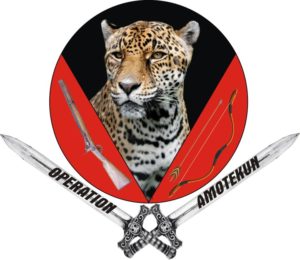 The Speaker The Rt Honourable Olakunle Oluomo brought this to the centre stage while acknowledging a letter forwarded to the house on the bill to establish a security network agency, Amotekun Corps during plenary this Thursday.

According to the Governor’s letter, if the bill is passed, the outfit will enhance security as well as maintain law and order.

Mr Speaker told his colleagues that the contributions of stakeholders to the establishment of Amotekun corps will rub off on the effectiveness of the agency.

Lobby correspondent Dele Ogunleye reports that the speaker equally informed that a calendar for the hearing on the bill will be made public soon promising that the process will ensure due process.

In another development, the house at its plenary  also this Thursday, passed the state judiciary funds management law, 2020 into law.

The passage of the bill titled the Ogun State Judiciary Funds Mnangement Law, 2020 was consequent upon the presentation of the Chairman, House Committee on Justice, Ethics and Public Petitions, Assemblyman Solomon Osho, who thereafter moved the motion for its adoption, seconded by Assemblyman Akeem Balogun and unanimously supported by the whole House through a voice note.