The Ogun State Government has expressed readiness to ensure the use of Information and Communication Technology, ICT, in the administration of the State for proper record keeping and documentation.

Governor Dapo Abiodun who gave the assurance on Tuesday while playing host to the management of code of conduct Bureau, CCB, led by its Chairman, Professor Isah Mohammed explained that the current administration inherited an analogue system of government without proper record keeping and documentation.

He informed that digitalization of various establishments within the public service has commenced as government attached importance to effective governance.

Governor Abiodun further stated that his government has resolved to ensure regular payment of salaries and allowances of its workforce in order to create an enabling environment for the realization of its vision of transforming the State through Public Private Partnership, PPP, Initiative.

Earlier, the CCB Chairman Professor Isah Muhammed urged the Governor to assist the body by ensuring that all the political office holder and the civil servants declare their assets as enshrined in the constitution to forestall illicit accumulation of wealth at the detriment of the nation. 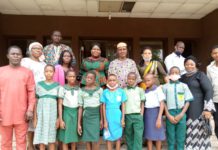 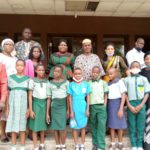