Governor of Ogun State, Prince Dapo Abiodun, has described the judgment by the Ogun State Governorship Election Tribunal as the triumph of rule of law; victory for democracy and further validation of the mandate bestowed on him at the polls.

The Governor said he remained magnanimous in victory and extended, once again, a hand of fellowship to all opposition elements in the State and called on the opposition Allied Peoples Movement (APM) to forget about 2019 gubernatorial elections and join hands with his government on its “Building Our Future Together” agenda.

He advised that rather than dissipating energy and resources on litigation, they should either negotiate their return to the All Progressives Congress (APC) where they were or start preparing for 2023 elections. 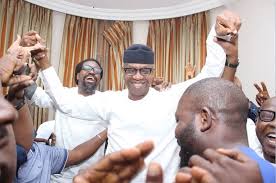 “Opposition strengthens democracy and I appreciate the fact that he went to the Tribunal in the exercise of his constitutional rights. The Tribunal has validated the mandate freely given to us by the masses at the polls” the Governor added.

According to him, all members of APM and indeed members of other parties are free to join APC and those who are still aggrieved should learn that democracy is about majority rule adding that the people have spoken and the Tribunal has validated their choice of him.

He stated further that anybody who feels otherwise should start preparing for 2023.

Gov. Abiodun thanked the people of Ogun State for their support and solidarity, promising that he would not take their mandate for granted as he would continue to work towards enhancing the people’s welfare, peace and prosperity of the State. 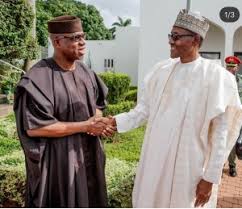 He gave kudos to the judiciary for the painstaking efforts, fair and lucid judgment which has further strengthened the nation’s democracy and enriched the jurisprudence.

Gov. Abiodun eulogised his legal team led by Prof Taiwo Osipitan (SAN) for their demonstration of depth, dedication, brilliance and applauded the support of the APC leadership in Ogun State for the solidarity, love and firm commitment to the course of justice.

He assured the people of his Administration’s commitment to providing a focused and on qualitative governance anchored on fairness, equity and inclusiveness.