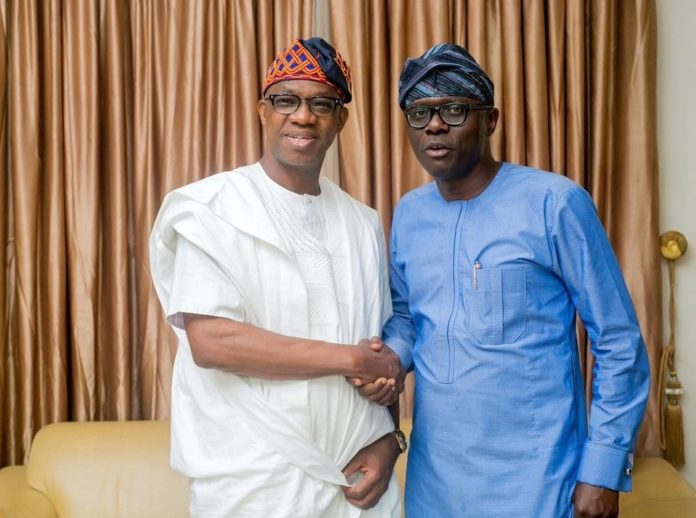 The synergy between the Ogun and Lagos State Governments is to ensure speedy attention to linking roads thereby strengthening the relationship that exists among the states.

The Lagos-Ogun joint commission would also enhance the security in order to allow for collaborative efforts in crime fighting.

Ogun State Governor, Prince Dapo Abiodun who stated this in Abeokuta pointed out that his government would sought the cooperation of elders in the state in order to tap from their wealth of experience.

He said special initiatives have been put in place to boost the economy as well as the standard of living of the people adding that in a short time the agriculture sector would be the main stay in the state.