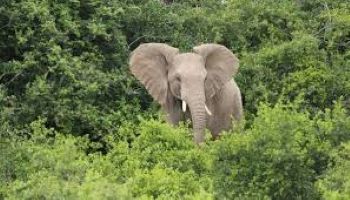 A member of the Ogun state house of assembly, Sola Adams has confirmed the invasion of farm land by Elephants in some parts of Ijebu East.

He said the elephants migrated from the forest reserves into the farmlands in Imobi where economic activities have been affected as a result of the invasion.

While speaking at the plenary under personal explanation,the assemblyman appealed to the speaker to find a lasting solution to the menace of Elephants in Ijebu East.

The Speaker Olakunle Oluomo however called on Forestry officials in the state to urgently take charge and return the elephants to the forests in order to avoid loss of lives and the return of economic activities in the areas affected.