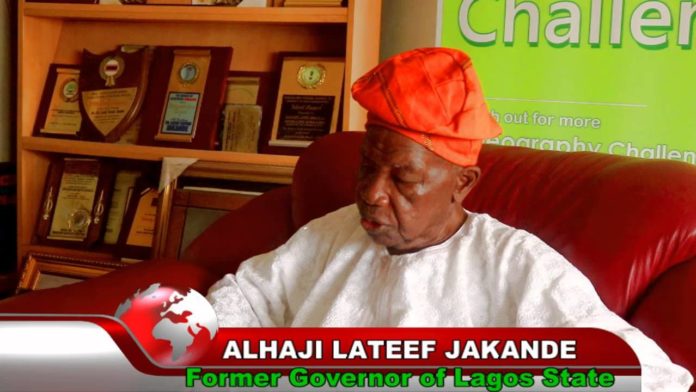 The involvement of the former governor of Lagos State Alhaji Lateef Jakande in the government in the deceased military head of state General Sanni Abacha has been described as the collective will of the progressives in the country.

Former Governor Olusegun Osoba made the clarification this Tuesday as the chairman at the 90th birthday celebration of Alhaji Jakande.

He explained that following the annulment of June 12, 1993 election and the attendant political crisis, the former governor was asked to join the cabinet of Gen. Abacha as works Minister to re present the pro June 12 supporters in the government.

He emphasizes that the appointment was another opportunity to serve the public contrary to speculations making round of his involvement in the government.

In his remarks, the Vice President Prof. Yemi Osinbajo described Alhaji Jakande as an epitome of good governance and worthy example of true democracy.

While also extolling Alhaji Jakande’s virtues Asiwaju Bola Tinubu says the celebrant assumed the mantle of leadership in the state during a turbulent period in the country describing him as the number one progressive in the country and Africa due to his ideology and believe.