Money they say is the biggest cause of friction in a marriage. Someone once said marriage for money is the most difficult way to get rich. If you marry a monkey for his wealth, the money goes and the monkey remains as he is. Don’t let money problems put a strain on your marriage set a budget and stick to it. Both people should agree before any major purchases are made. Most times, people talk more about money for business but some people have said there is no place where money is more relevant than at home. The holy bible say in Ecclesiastes 10:19 that   “A feast is made for laughter and wine maketh merry, BUT MONEY ANSWERETH ALL THINGS” Money to some people is needed to make marriage work while others are of the opinion that as important as money is it cannot save a marriage or even the family by extension.  Experts say 60% of our disposable income is spent directly or indirectly at home. Adding that the amount of money available to every couple determines how comfortable they will live their lives and determines the extent at which their marriage will succeed. They also said that; to manage money adequately and correctly, each couple should know the place of money in their marriage. Money should make them companions and not combatant. Money should not be a tool of discord but a source of unity.  A tool of welfare not warfare. Money is for the welfare of the family not to turn your family to a boxing ring. To build a house, couples need money. To build a home and to sustain it, money is needed. 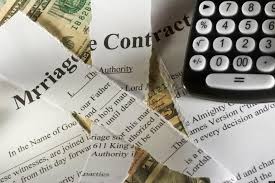 Some people have said for money not to be an issue that will break the fragile cord of marriage, financial harmony is critical for validation, freedom, power, respect, security, and happiness. Couples must realize the importance that money has in 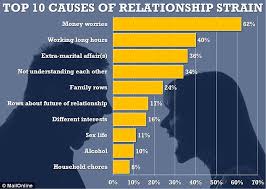 their relationships and learn to define guidelines for money management. Our task this morning is to look at the place of money in marriage and see how we can make marriage work without friction when it has to do with money. How do you see people that put money first in their marriage decisions?  Do you belong to the school of thought that believed money can save marriage? What do you think can keep marriage going: endurance, perseverance, money, love or fruitfulness? Let’s answer the big question: can money save marriage?