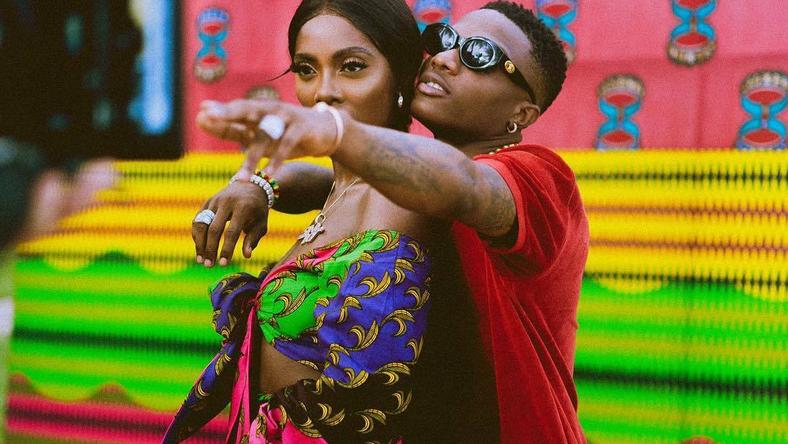 2018 has been one of those years packed with exciting and unpredictable moments in the music industry.

Having reviewed the artist of the year, the song of the year, albums of the year and other ends of the year summations, it is only right that we revisit some of the biggest moments that shaped the industry and provided exciting times all year long.
From the groundbreaking feats to the internet crashing viral moments and truly memorable events, here are the top 7 biggest music moments for 2018
1. Wizkid sells out 20,000 O2 Arena 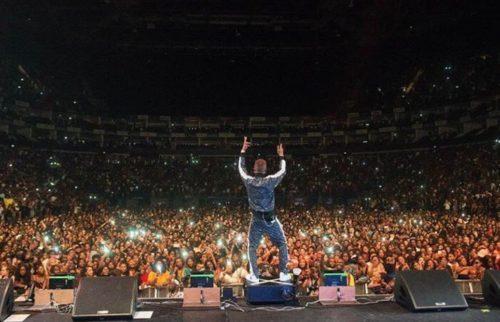 Wizkid’s groundbreaking appearance at the O2 Arena [MichaelTubes]
On Saturday, May 26, 2018, Wizkid made history with his sold-out performance at the AfroRepublik concert which held at the 20,000 capacity 02 arena. The first African artist to achieve the feat.

Introduced by British model/actress, Naomi Campbell, Wizkid who took to the stage wearing a mask and backed by a full band with his dancers delivered a set that elevated his legacy on the music scene.

That was a moment that properly demonstrated not just his growth from selling out the 5,000 capacity Royal Albert Hall a few months earlier, also the first headline African act to make that happen, but a testament to the success of Afrobeats on the global stage.
2. Davido performs in Suriname, South America 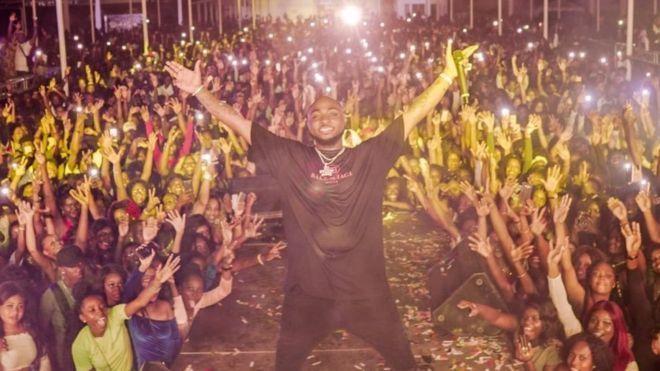 Davido in Suriname [BBC]
For Davido, 2017 was the year when he solidified his status back home with mega-hit singles, while 2018 was when he pushed the music to bigger and never seen before boundaries.
So when news broke that he had performed before a crowd of 10,000 fans in Suriname, South America in May, one could sense that Davido has struck gold yet again, and his music has successfully spread to the farthest of places.
This was an epic moment as when pictures initially emerged from the concert, the questions from many Nigerians were, ‘’Where is Suriname?’’, ‘’How come they know Davido’s music there even when English is not their primary language’’?
Davido’s star career again ballooned during this period as it was a trending topic on social media that further raised conversations on how Nigerian artists can tap into emerging markets outside central Europe or the US.
3. Burna Boy’s Billboard at Times Square in New York, US 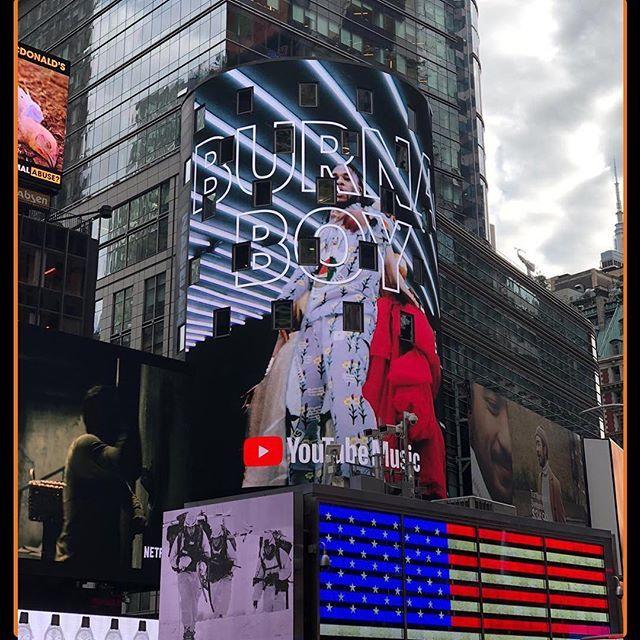 Burna Boy lights up Time Square [Guardian]
If you call 2018 the year of Burna Boy, then you will not be wrong. The breakout single from his ‘’Outside’’ album, ‘Ye’ was one that changed the game for the dancehall star this year.
A major moment for him was when his pictures lit up a billboard in Times Square, New York as part of him getting chosen at Youtube’s Global artist on the Rise.
4. Wizkid and Tiwa Savage in the video of ‘Fever’

Wizkid and Tiwa Savage in the video for ‘Fever’ [Youtube/Wizkid]
On Wednesday, October 24th, life, as we have come to know it on social media, was altered in a way that the after effects lasted fully over a month.
A picture of Wizkid and Tiwa Savage was bound to cause some excitement on the internet following the rumours that have trailed their ‘relationship’ all year, but they provided something bigger with the release of the video for ‘Fever’ which had them in really intimate scenes.
It was a controversial moment that proved how much the aligning of star powers or the illusion of a power couple can generate intense and wild reactions. The video crossed the 1M mark in less than 48 hours and hit 12M views in one month.
5. Falz – ‘This is Nigeria’
Another video that successfully set the internet on fire was that of Falz’s ‘This is Nigeria’.
Inspired by “This is America”, the momentous music video by Hiro Murai and Childish Gambino and just like the former, it instantly became one of the biggest music and pop culture moments of 2018.
From the Muslim Rights Concern group (MURIC) leading a petition against the song to NBC’s ban and Twitter’s overdrive reaction, ‘This is Nigeria’ got people talking and held the No.1 position on Youtube’s Trending list many days after its release.
6. Davido on the Breakfast Club 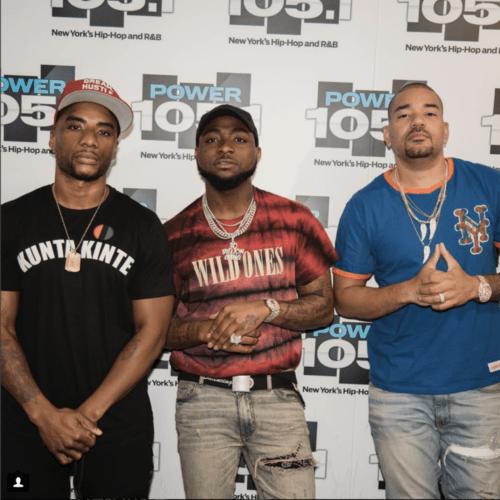 Davido on the Breakfast Club with Charlamagne and DJ Envy [BreakfastClub]
Despite not being the first Nigerian to appear on popular American syndicated radio show, ‘Breakfast Club’, this is the age where social media is at its loudest, so that of Davido obviously grabs more headlines.
The singer who at the time was on his tour of the United States stopped by to talk with celebrated hosts, DJ Envy and Charlamagne tha God about his career, upbringing, his dad’s initial reluctance to allow him to do music, the success of Afrobeat, providing never heard before insights into his life.
7. Kanye West dancing to Immediately and Ye
Kanye West may have been ‘cancelled’ in many quarters in 2018 but a video of the multiple Grammy Award winner and one of the decade’s most controversial character dancing to Mystro’s ‘Immediately’ and Burna Boy’s ‘Ye’ provided a moment that the internet gulped in fanfare and buzz.
The rapper had arrived in Uganda in search of inspiration for his pushed back album and while at a resort working with notable talent manager, Bankuli, these songs were played to him and Yeezy’s interesting dance steps soon went viral on local and foreign platforms.

Kanye West may have been ‘cancelled’ in many quarters in 2018 but a video of the multiple Grammy Award winner and one of the decade’s most controversial character dancing to Mystro’s ‘Immediately’ and Burna Boy’s ‘Ye’ provided a moment that the internet gulped in fanfare and buzz.
The rapper had arrived in Uganda in search of inspiration for his pushed back album and while at a resort working with notable talent manager, Bankuli, these songs were played to him and Yeezy’s interesting dance steps soon went viral on local and foreign platforms. 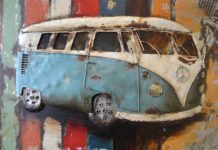 7 Coolest Fashion Startups You Should Know About 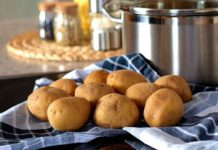 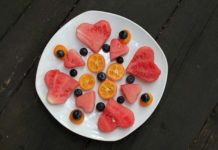 A Look at How Social & Mobile Gaming Increase Sales

Boxtrade Lands $50 Million In Another New Funding Round

Burberry is the first brand to get an Apple Music channel 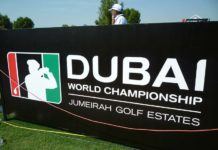