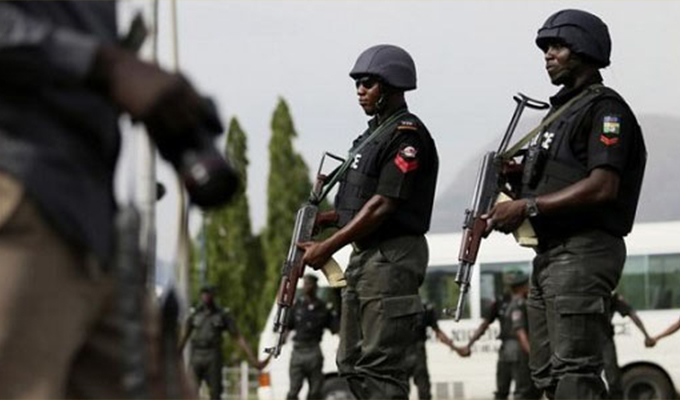 The Lagos State Police Command says it has arrested 57 persons suspected to be involved in homosexual activities at a hotel in the Egbeda area of Lagos.

The Lagos State Commissioner of Police, Edgal Imohimi who confirmed the arrest to newsmen said during a press conference Monday that police, led by the divisional police officers of Shasha and Idimu, acting upon an information provided by a reliable source.

The suspects were picked up on Sunday at 2 am while they were performing gay-initiation for newly recruited members.

One of the arrested suspects, Wealth Olasunkanmi, a 25-year-old graduate of Mass Communication from the Olabisi Onabanjo University, Ago Iwoye, told journalists they were attending a birthday party.

“It was a birthday party and the majority of us don’t know one another. I was invited by my friend Muyiwa for the party, and we were not only guys in the party, few ladies were with us and other ladies were in the hotel rooms getting dressed for the party. Since it was a party, a social gathering, there were lots of males than females.

“The police just barged in and arrested people, I was outside the hall buying a drink when I was arrested. They also arrested a few ladies but they let go of the ladies. The police didn’t allow us to know our offence until we reached the police station yesterday. At first, the police told us that they found some illegal drugs with us such as shisha, tramadol and others but those that owned this came out and claimed possession of it, it is not a general thing.

The CP said that investigations into the case was ongoing and the suspects would be charged to court soon.